In recent months, I have taken a break from Johns Hopkins University classes. Due to extenuating circumstances, I experienced unemployment. From 2 courses, it resulted in my withdrawals: 605.621 and 605.681 (link). As a result, I became an independent contractor. At this time, I am a Doordasher, and I am an Uber Driver. Although I can expect enough income to get by, I need my Software Engineering skills sharp. After a month of struggling, I am resuming technology R&D preparations.

In the next few months, I shall develop some Android technologies utilizing C++, Java, Python, and JavaScript. These technologies shall vary from Computer Vision with your Smart phone to calculators that determine Physics formulas, Chemistry formulas, Oceanography patterns. These shall be uploaded to the Play Store: with the free version, basic simplifications shall be provided. For explanations, you may give a small fee, and you shall receive robust features. And let us face the demons on the Play Store: there are many bad apps. From the absurd Make Money Selling Google Apps! No Code Needed! (link to bad business) Udemy courses to the outrageous pricing of a certain subscription app, AppyPie (link to bad business), has, vampires and zombies of business exist..

We need more leading edge, scientific technologies on the Play Store. But There are three Software Engineering paradigms: you can make an app fast and cheap, cheap and good, or fast and good, but no combination of fast, cheap, good. This is because simple technologies are often not good (i.e. a weekly student assignment), cheap and good technologies are often standard-bearers, or sophisticated technologies have a simple UI (i.e. require much funding). Thus, I am working hard not only spreading knowledge, but also spreading understanding. As United States President, John F. Kennedy, said, “If not us, who? If not now, when?” (link). After inventing the thermonuclear bomb and defeating the Nazis, Italian fascists, former President John F. Kennedy was asking Americans to recognize the post World War II initiative the United States had. It is not discussed much, but we currently have the same initiative against China: as far as the East is from the West, there are ethicists who still cleave to that which is good (KJV, Rom 12:9, link). In all of your work, strive against poverty. For great change is happening in the United States because of the choices the majority of Americans have made regarding our government in recent elections. Keep the momentum going.

I shall be moving, soon, and I shall expand my technology output. Stay tuned. 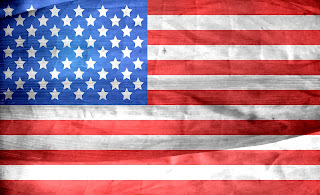