On Tech Industry Divorces: How They Should Not Have Happened and What Could Have Been 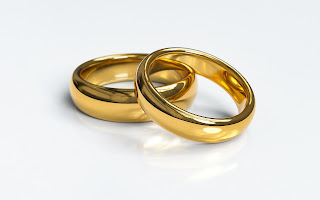 On the Wall Street Journal, today, Paul Ziobro, updated an article, Bill and Melinda Gates to Divorce After 27 Years. Ziobro headlined his article this way: Microsoft Corp. co-founder Bills Gates and his wife, Melinda Gates, who is co-chair of their philanthropic foundation, are ending their 27-year marriage, according to a statement posted on both their verified Twitter accounts (link)

Divorce is Often Happening in the Tech Industry’s Leadership

Furthermore, Ziobro mentioned the official divorce petition was filed by this couple on May 3, 2021 in King County Superior Court within Washington state (Ziobro, 2021). They have some asset separation agreement with their division in mind. Next, Bill and Melinda Gates are parents to 3 children. Also, this couple formed the Bill & Melinda Gates Foundation, together: it is a billion-dollar charity Bill and Melinda Gates have invested their fortune for needy communities.

Other billionaire technology couples including Google’s Sergey Brin and Anne Wojcicki, (link) and Amazon’s Jeff Bezos and Mackenzie Scott, have divorced. But in American society, there is a well known connection between marriage and responsibility. Take a brief look at this Prager University lesson:

According to legend, Jesus of Nazareth, called the Christ, claimed the Law and the Prophets were totally against divorce. Against a man giving his wife a writing of divorcement, probably Matthew wrote Jesus said, “But I say unto you, That whosoever shall put away his wife, saving for the cause of fornication, causeth her to commit adultery: and whosoever shall marry her that is divorced committeth adultery” (KJV, Matthew 5:32). Thus, divorce must not be a matter of convenience or expedience, but a last resort against poverty, something loving pleasure (fornication’s purpose, Peter Singer and John Piper) brings on a household.

This is about a sense of decency.

In contrast to contemporary senses of decency, I believe this: as Jesus Christ said, unless the reason for a marriage dispute is a wife’s fornication, or by a husband’s own measurement, his own fornication, the marriage dispute ought to end with the marriage intact. This is for social reasons, 1st of all: marriage often protects family members from emotional and intellectual development going wrong. But unfortunately, with fornication so rampant in society, today, going wrong is seen as a niche. There is also the financial defense: poverty and many of its challenges are directly strategized against during marriage by the husband and wife, and this is passed to the next generation. But technology leaders have added incentives for continuing their marriages due to good pay and low unemployment: philanthropic legacies and generational employment. In philanthropy, entire communities make efforts to improve social conditions like raising a child. And in a company where leaders have their children work their ways up the ranks, fairly, we can look forward to families staying safe and flourishing even in tough times due to middle class and higher wealth securities.

In almost every case, divorce is the opposite of financial wisdom: it brings uncertainty, confusion, and unnecessary stress on a family. Readers, if you ever want to marry, do not do it because of convenience or expedience, nor end it for these reasons. For each reader, your significant other shall thank you.