Today, on the Wall Street Journal, Tripp Mickle wrote Trump Is Still Banned on YouTube. Now the Clock Is Ticking. But Mickle wrote, “With Donald Trump’s return to Facebook in limbo, YouTube has emerged as the former president’s best chance to return to social media in the near future” (link). Mickle believes former United States president Donald Trump has a clear path back to the spotlight. But why?

Even though millions of Americans believe otherwise, approximately 100 million (link), I shall contend with this: because of Donald Trump, the insurrection. On January 6, 2021, I watched it transpire from my hotel room in Brentwood, Tennessee: it was an atrocity. President Trump goaded his crowd of supporters over and again, but he was not alone. He repeatedly told his audience to fight. In America, the English word, fight, means the same thing it does in other parts of the world where English is spoken: it is a serious word that is related to battle. And so Trump’s supporters fought. But it was not a battle: 5 people were killed. Dozens of Capitol Police officers and dozens of Metropolitan Police Department officers were injured, and over a dozen police officers were hospitalized. Who knows how many rioters were injured? But the US Capitol has required $30+ million for repairs and securities. More than 400 entities were charged with related crimes. But if not Trump, then who is responsible?

The fault is not with YouTube, but with Trump.

As legend states, the Christ is the head of each man, and the man is the head of the woman, and the head of Jesus Christ is God, each body has its head (KJV, 1 Corinthians 11:3). At 1st, I had cautious doubt: a president committing sedition is as treasonous as United States civilian mistreatment of another person can get. But then I reviewed 1 part, and that confirmed my caution: when President Trump’s aggressive supporters chanted-- TRUMP, TRUMP, TRUMP--his sternness became visible, and he nodded in angry agreement. When a leader has great control over a crowd, that leader’s small body movements can send a great message to the crowd. Think about a popular musician controlling a crowd singing along with him or her, pausing to let that crowd fill in the lyrics and guide the stadium experience: it is the same thing.

In serious fiction, consider the story of Cronos and Rhea: So paranoid of prophecy against him, Cronos swallowed his own children while they are born, and is so convinced his plan is working, he swallows a rock Rhea is representing as her child. Cronos made the same mistake Sisyphus later makes: while the rock is rolling down the hill, or in this case, sliding down Cronos’ esophagus, he is content with an eternally damning event. Eventually, something is coming out: but in the case of the insurrection, it was the Confederate flag Trump’s supporters flew over the US Capitol.

I shall say it plain. President Trump generated interest in the insurrection, and then he let it happen under his supervision. Do not blame YouTube: in the strangely named Information Age (civilization has historically operated on information from ancient times), they are effectively protecting the United States from further disintegration into chaos.

For all of you with friends who believe in Trump and are disinterested in Big Media, let me tell you this: Donald Trump had potential to actually be the greatest American president in history. But he failed to live up to the expectations of the common man who by hard work has distinguished himself as a man of decent rank and decent stature. And as today progresses, he has left distinguished and common men apart fail against the Law and the Prophets. President Trump was raised Christian, but he did not bless his enemies, but rather cursed them even when his enemies bared fruit. That is unacceptable. While I do not expect Alphabet Inc. to love their enemies, I do expect the forensic evidence gathered shall prevent President Trump’s return to Big Media on any of Alphabet’s major platforms. 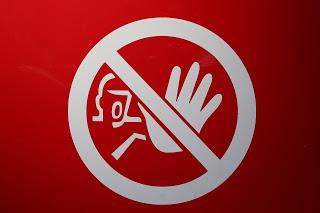