A God of Forces: JEDI, Weighed Against Ending its Cloud Project because of Amazon

McKinnon wrote on Washington, District of Columbia soil, Pentagon professionals considered ending the JEDI cloud-computing project (in Software Engineering lingo, it is really a program, the Joint Enterprise Defense Infrastructure): it is because Amazon.com Inc. has pushed litigation against it, and lawmakers are increasing their unfriendliness toward it.

According to McKinnon, in 2019, Microsoft Corp. received the JEDI contract award, but Amazon contested this on court soil since then.

But McKinnon stated the Pentagon had already begun a reconsideration of the JEDI program, altogether. On January 28, 2021, the Pentagon released a Congressional report, stating, “The prospect of such a lengthy litigation process might bring the future of the JEDI Cloud procurement into question” (the Pentagon, Jan. 28, 2021), said McKinnon.

According to Hicks and other Pentagon officials, there is an increasing need to develop a cloud program that serves the majority of its branches and departments, McKinnon wrote. The JEDI contract is valued at a maximum $10 billion throughout 10 years: it shall consolidate the Pentagon’s isolated data systems, give defense professionals increased access to real-time information, and place the Defense Department in a more strategic position with artificial intelligence development seen as vital future capabilities, McKinnon provided.

McKinnon also stated some lawmakers and government-contract experts asserted JEDI should have been scuttled (think an Agile Sprint and implemented with short quick steps) as JEDI is a single-vendor, 1-winner approach; but this is inappropriate and not modular enough for great enterprises like the Department of Defense.

McKinnon said these very lawmakers and government contract experts claimed the Pentagon ought to have shifted to offering JEDI to collaborative builders with multiple company participants. Furthermore, McKinnon reported these professionals claimed, in addition, disseminating the work mitigates legal challenges excluded companies might need to bring.

According to McKinnon, last week, Rep. Steve Womack (R., Ark) demanded the Pentagon renew their efforts with a new contract-bidding implementation, and this would enable best-in-grade performance by priority: it is for the ongoing competition a cloud environment can proliferate.

McKinnon’s final comment was this: if the Pentagon believes they ought to make JEDI a quick application, the government could further patch a new cloud program beside its several available Department information-technology contracts, stated executive director of the IT Acquisition Advisory Council, John Weiler, of a public-private business intelligence system advising government and industry on technology-acquisition best actions to take, who has for a long time criticized the JEDI program.

Scripture on a God of Forces

In ancient literature called the Old Testament of the Holy Bible, probably a Prophet named Daniel recorded a message of a prophecy he experienced. In this book, called Daniel, there is a message of a king who was to magnify himself above every god, and this man was to speak things worth marvelling against: for it is against the God of gods whom this man was prophesied to speak (KJV, Dan. 11:36).

In equal estrangement, this king was to not regard the God of his kinsmen, nor regard the desire of any women, nor was he to have regard for any god: as he was to magnify himself above all (Dan. 11:37). However, in his estate, this king was to honor the God of forces: and a god whom his kinsmen did not know, he was to honor with gold, silver, precious stones, and pleasant stuff (Dan. 11:38).

In conspiracy literature, some say the Star Wars brand's Jedi power source, a mysterious phenomena called the Force, with the light-side force powers and the dark-side force powers forces is the God of Forces. And as Christ is god manifested in the flesh, Anakin Skywalker is the force manifested in the flesh. Thus, in serious fiction, the God of forces could be called Emperor Palpatine, able to raise Darth Vader as a ruler of a galaxy, but bring him low, as Darth Vader is a genocidal murderer on life-support for most of his adult life, yet he continues his brutalizations of living entities.

Darth Vader honors his God of forces, also called Darth Sidious, by supporting the destruction of an inhabitated world: for a planet to support life, she probably needs gold to absorb its local star’s radiation, the immunities benefitting her inhabitants is boosted by a planet against external dangers instead of a satellite existence like silver boosts the immune system (among many other life-improving uses: link), in a galaxy-fairing civilization precious stones probably are existing on a populating planet, and pleasant things are also probably existing on a populating planet. As practically king of the Star Wars galaxy, Darth Vader honors his God, Darth Sidious.

But this is the ugliness of sin. For Darth Sidious is a permanently scarring, evil man, who can zap the life out of an enemy, and Darth Vader is missing a hand, has no legs knees-down, and experiences severe volcano burning who also honors his God who his kinsmen do not know with precious stones from the Jedi he murders in lightsaber combat, a form of battle using precious stones that focus and color the light emitting from electronic hilts.

This is the legacy the Pentagon wants. But the Jedi are the ‘good’ guys, right? Let us examine this using technicalities and ethics.

As stated earlier, the Pentagon’s JEDI program stands for this: the Joint Enterprise Defense Infrastructure. This means it is a large-scale, collaborative and non-aggressive critical system (the infrastructure). But beyond that, why name it after a group of entities whose greatest legend is the force manifested in the flesh, Anakin Skywalker, and we now understand how this religion is concluding: in evil ways (yes, he repents in Episode VI: Return of the Jedi, but the Jedi religion already fails and Darth Vader does not inherit the kingdom of heaven)?

Since we have already reviewed the legal standard and the theology regarding this, let us now look at this from a technical perspective. Microsoft is historically known for offering its Operating System, Windows, currently in the form Windows 10, at an affordable rate. But then, Microsoft offers other programs such as Microsoft Office, Visual Studio, and Azure, at subscription rates as well. However, since graduating in December 2018, I have applied to over 500 Software-related jobs a year, including all of the Microsoft-related jobs: the jobs pay more because Microsoft technologies more sophisticated than Office have a steep learning curve. Thus, contrasted from, say, Linux, there are objectively and relatively fewer Microsoft professionals. The Pentagon wanting highly skilled professionals is an admirable objective, but the results are not worth the effort nor are feasible against the bar Microsoft technologies sets.

In contrast, Amazon Web Services are easier to learn because of their versatility (Ubuntu 18.04 Server, for example). A server is easily accessible with a readily available guide, and it can use SHA-256 encryption. For most transaction securities, SHA-256 is sufficient because it cannot be easily hacked by brute force or guessed by an experienced hacker. Thus, AWS has a lower entry level by maintaining high security standards. An unfortunate consequence of the Pentagon choosing Microsoft is blunt ageism: after all of the white, male Microsoft professionals retire, nobody else shall be able to use their information  systems. This is serious.

Thus, with Microsoft, the Pentagon might as well be worshipping a decrepit old man who has red and yellow eyes, shoots lightning out of his hands, and dies by his number 2, also an evildoer, throwing him off a bridge.

Historically, Microsoft was built when (as now), most Software Engineers were white and male. In recent times have you read the Wikipedia article on NP-Completeness or P versus NP Problem? They are nightmares. Even though efforts are being made by Oracle, locally, in Nashville, to diversify their workforce to include more black people and women (link), due to many experienced Software Engineering circles excluding black people and women, and their associated learning curves, and with Microsoft co-founder Bill Gates’ association with the convicted sex offender who committed suicide in prison,  Jeffrey Epstein (link), this is clear: Microsoft is not the right choice for a longstanding, sustainable, and scalable American defense program. 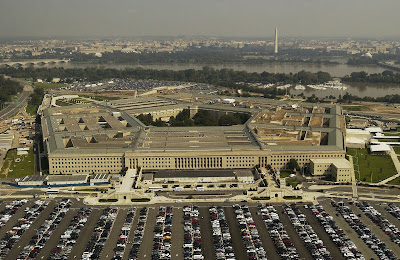