The Economics of Autonomy

In ancient legend, there is a Creation story: in contemporary times, it is known as the first book of Moses called the book of Genesis. When God IS creating the world, Genesis (KJV) states, “And God said, Let there be light: and there was light” (Genesis 1:3). According to legend, the 1st great Prophet, named Isaiah, told his faith to his friends, his people, and his enemies. Isaiah wrote, “Behold, God is my salvation; I will trust, and not be afraid: for the LORD JEHOVAH is my strength and my song; he also is become my salvation” (Isaiah 12:2) A man called the Christ was crucified, then according to Roman Empire record, died, but according to Christian legend, rose again. In Christian tradition, Jesus the Christ stated Christians should conclude our prayers to God, our Father, this way: “And lead us not into temptation, but deliver us from evil: For thine is the kingdom, and the power, and the glory, for ever. Amen” (Matthew 6:13). Following Jesus of Nazareth, a New Testament writer, Jude, continued this tradition. Jude wrote, “To the only wise God our Saviour, be glory and majesty, dominion and power, both now and ever. Amen” (Jude 1:25). From the Law (Exodus 20:2) to the Prophets (Daniel 3:28, Joel 2:23, Habakkuk 3:18, cont.), to the fulfillment of the Law and the Prophets (Matthew 5:17): there is a legend of an entity who IS having all the authority. In economies, there is attempted relation with Information Technology: a concept called trickle-down economics.

In trickle down economics, mostly advocated by Republicans, the wealthiest persons ought to be super rich, and then their wealth trickles down their companies from the company founder(s) and shareholders, or otherwise to CEOs, to the executive board members, to the middle management, then to their many operators. This concept promotes big business. Common knowledge is a billionaire uttering a word then changing an entire industry’s dynamic because of the consequences a high level vision statement can have on a Fortune 100 company and its competitors. Consider Ford CEO Jim Farley’s 1 word response to Tesla CEO Elon Musk for criticizing every American automobile manufacturer except for Tesla and Ford because all the others went bankrupt: he said this, “Respect” (link). In the automobile industry, Farley has a dominating presence, but Farley is not even a billionaire, himself (link). But this is not enough: in circumstances of security and privacy, common citizens do not need all of our lives controlled through 1 word responses. And the solution is already known by CEOs, but big businesses have historically almost always disrespected the actually perfect response: the operators in operations divisions.

Trickle down economics is ineffective.

In short, trickle down economics lack fairness. But as Jesus of Nazareth said, authority offered to anyone who can receive the message of freedom should be received by the one who can receive it (Matthew 19:12). This means the Republican, often claiming to be Christian, message should have been pro-worker. For operations workers have the experience necessary: to establish leadership economically. This model is called servant leadership. Furthermore, rather than 1 vote of respect focusing energy on 2 companies, startups deserve more safety nets. Truly, in the beginning, God used 4 words rather than ‘ON’ or “Respect” (link). We need more diversity because a few rich men already run the United States.

You have the authority to change the world one small step at a time.

Even though the United States is called a democracy or a Constitutional Republic, it is a de facto oligarchy. You, reader, can change this, 1 step at a time: start small and local, and build your community. Protect your government authority by helping the meek protect their government authority: this primary authority is your voting rights. Advocate for more voting rights, and your local businesses shall flourish, friendships shall form, families shall grow, and culture shall thrive. But if you rescind your voting rights, big businesses shall come and the trickle down economics shall take stronger hold in your communities: business wages shall close, wages shall decrease, gun advocacy shall increase because money based crime shall increase, friendships shall end due to sin and death, families shall shrink, and culture shall perish. Therefore, consider this message for your friend, or if you have no friend, for your community. For this is how you shall become free. 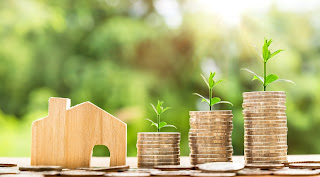