On the Topic of Domestic Graduate Students, I AM

In the September 2020 edition of Communications of the ACM, Moshe Y. Vardi wrote Where Have All the Domestic Graduate Students Gone. Vardi wrote, “Tech industry giants Apple, Amazon, Facebook, and Google were all founded by first- or second-generation immigrants” (link). As stated previously in another article I wrote, Vardi wrote that in the month of June during the year 2020 AD, President Trump suspended new work visas and banned tens of ten thousands of foreigners against establishing employment within the U.S.A.: this was temporary. On greater division was the Trump Administration ban against U.S. universities that were operating using international students within only online classes, but remain in the U.S.A. Vardi also spoke on behalf of the entire science and engineering community without a vote and said that I strongly object to this, but I believe my objection is an average one. Against the international community becoming formally anti-U.S.A., native-born U.S.A. citizens should be taught Computer Science and Engineering as intense an education that native-born U.S.A. citizens can handle as possible: I believe that this requires the queen of the sciences, theology, optionally in secular public schools because, there, Joe Biden and Kamala Harris want public schools tuition free, but the ethics of tolerance even failed Greece when Socrates drank hemlock rather than refusing to die against the popular vote (link)...President Obama is a champion to democrats, but President Trump learned from him to become a tyrant, but a more quieted way of saying this is Jonathan Allen’s Yahoo! News article title. Yahoo! News writer, Jonathan Allen, titled his article, Trump is playing the tyrant, because he doesn’t have the people’s consent (link). Without impartial law, the U.S.A. shall fail. This was the basis for the American Revolutionary War. On Amazon Prime, feel free to check out a docudrama about one of the original U.S.A. leaders: John Adams (link).

President Obama: "The people who need a champion are the Americans whose letters I read late at night."

On the topic of science and engineering, many U.S.A. citizens want employment, but not subservience to paying taxpayer dollars to serve the science and engineering community who do not offer an adequate climbable ladder. Vardi stated, “the lack of an adequate pipeline is a bug, not a feature!” One day, while speaking with a longtime family friend, John P. Gibbons, Jr., son of WWII Air Force Major John P. Gibbons, he told me that CERN was offered to the U.S.A. people on U.S.A. soil; but a U.S.A. citizen responded to a newspaper organization that he did not want these: welfare scientists. Now, CERN is on Switzerland crust, and the benefits of its scientific advancements are cited, there. Universities are often ranked by the number of research citations referenced from them: now, the top three ranked Swiss universities are within the top fifty eight global universities (link).

As history displays, I believe U.S.A. citizens require morality or else the entire country shall fail, but the Bible contains multicultural wisdom that may prove a saving grace. Between three thousand four hundred and three thousand four hundred seventy years ago, Joshua replaced a high ranking leader of Israel, Moses, but, there, was one fault in Joshua’s leadership that caused terrible consequences. The writer of Joshua stated, “But the Israelites were unfaithful in regard to the devoted things; Achan son of Karmi, the son of Zimri, the son of Zerah, of the tribe of Judah, took some of them. So the LORD’s anger burned against Israel” (NIV Joshua 7:1, link). When one part of Israel sinned, ABBA, my god, had burning anger, and against the U.S.A. is the same. Historically, until the second Gulf War, my native country, the U.S.A., has had a popular reputation as the international leader in morality. My nation’s motto is a latin phrase: in contemporary English, e pluribus unum. That phrase is ‘out of many, one.’ My hope is that people evolve through the Christ as members of the one body of his, Wonderful Counselor, Mighty God, Everlasting Father, Prince of Peace (Isaiah 9:6, link). Even to the point of being wrongfully spoken for, the alternative is being rejected by many in science and engineering, but this is U.S.A. history whose related men should be honored (INT, 1 Pe 2:17). 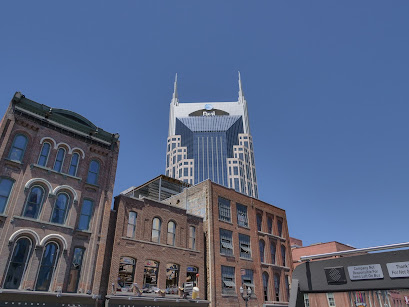 Image by Lenny Rogers from Pixabay